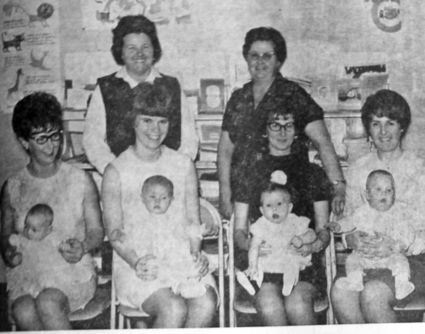 Ole O. Lefdahl and Miss Ella Peterson were married in Malta and placed to make their home on the groom's ranch south of Malta.

A fire at the town of Bowdoin had destroyed property with an estimated value of more than $10,000. Charley Hayden's Quick Lunch had burned down and other buildings in the block destroyed included a drug store owned by Irving Miller and a hardware store owned by a man named Wamben.

George Cowie had gone to Helena for an executive meeting of the Montana Association of World War Veterans.

A tennis club had been organized with 22 members. Membership was limited to 25 players.

George Jones and Christine Strand were married in Portland, Ore.

Ray Reed was reported on his way home from France after serving with the 42nd Division.

William Kellerman of Zortman reported that the mining camp is in the doldrums after a shut-down of the Ruby Gulch Mine.

Alan Arnot, Milton Porter, and Buster Moran were all on their way home from service overseas.

Sailor jumps from train near Dodson

Seaman Em. Radovich, whose home is St. Louis, Mo., is spending the greater part of a 15-day leave in Malta hospital as he result of a jump from a passenger train near Dodson.

Radovich said he was sleeping when a jerk of the train awakened him. Under the impression the place was on fire he smashed a window and jumped. The large artery in his arm was cut and he was brought to the hospital after emergency treatment was given at Dodson.

Mrs. Sofia Beagle of Saco received her citizenship papers at the naturalization session of district court Monday. Mrs. Beadle is a native of Canada.

At the Palace Theatre

Blondes, brunettes, and baseball in a homerun riot of laughs. He was a wacky baseball pitcher who thought he couldn't pitch Woo...too!

The congressman's wife shook him and cried "Wake up, wake up, there's a robber in the house!"

"In the Senate, maybe," murmured the politico, half-awake, "but in the House, never!" 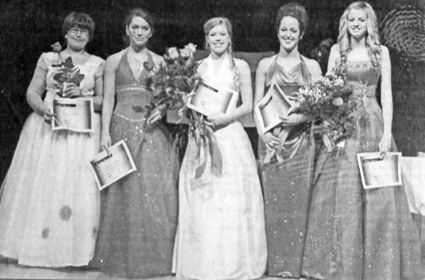 Betsy Sullivan of Malta will wear the crown of 2010 Phillips County Junior Miss. She was crowned Saturday night by the 2009 Junior Miss, Caitlin Smith, at the scholarship pageant which has been held consecutively since 1963. Pictured above at the end of the program are (from the left) Saleena Davis, Shayna Watson, Betsy Sullivan, Ashley Carney, and Julie Petrie. PCN 2009.

Question: Do you feel as safe living in rural America as you did 10 years ago

Ann Harms: No, I was 14 ten years ago and I wasn't as aware. I lived in a small city in South Dakota.

Melvin Kjos: No, I can't say that I do. There is violence all around us."

Joe Eskildson: Yes, here in Malta I do.