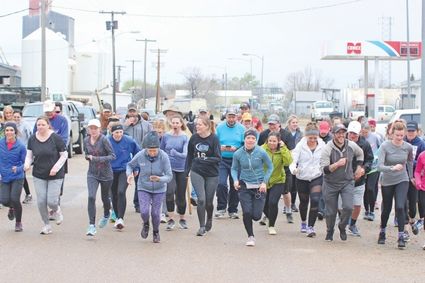 Over fifty runners showed up for the First Annual Malta Beer Run, an event hosted by Blue Ridge Brewery and the Malta Department of Parks and Recreation last Saturday.

Despite the threat of rain and the reality of a cold and sunless day, the First Annual Malta Beer Run, hosted by Blue Ridge Brewing and Malta Parks & Rec was a success.

"We would have done it no matter what because we had so many people that signed up to run," Malta Parks and Recreation Director Julia Tatafu said.

Over 50 runners and over 20 patio participants were present at the event on Saturday, May 18, at the Blue Ridge Brewing.

"We actually had a better turnout for the run than we anticipated," Blue Ridge Brewing owner Brianna Shores told the PCN. "We are really surprised at how m...