Fight For Our Future II 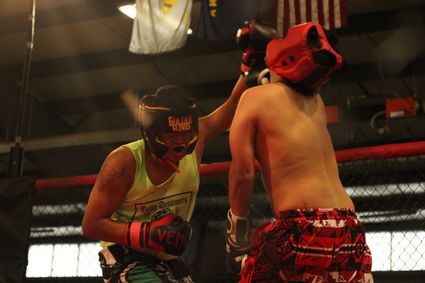 The Milk River Pavillion was host to the second annual Fight For Our Future MMA/Boxing event. The event featured six matches filled with action, suspense, and excitement for a crowd of close to 200 people.

Fight For Our Future II was put on by KillEagle Productions to raise money for the Ronald McDonald House charity in Seattle Wash., to pay tribute to their hospitality shown to three-year-old Payton KillEagle and her father Wesley KillEagle Jr. of Dodson.

Payton was diagnosed with liver cancer at seven-months-old and started chemotherapy at eight-months-old in January of 2017.