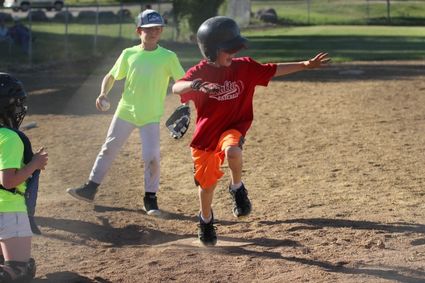 The Milk River Baseball and T-Ball Season have reached the mid-point of the season and the co-ed league saw the Red and Yellow ages seven through nine teams square off last Wednesday, June 5.

The game served as a learning event as every team batted through their lineup in every inning, unless three outs were called.

After the game, the PCN caught up with Shaun Bleth, coach of the Yellow team.