Malta runs for over 400 yards against Panthers 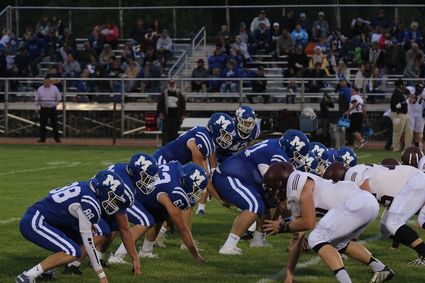 After allowing a 64-yard rushing touchdown on Roundup’s first offensive play of the game, Malta’s defense only allowed 53 yards for the remainder of the game.

Malta’s offense remained steady scoring a total of 58 points while holding Roundup to 14. Malta’s offense was led by sophomore Rex Williamson, who had 151 yards and three touchdowns on the grounds and Malta’s lone reception for a 10-yard touchdown.

“I just had great blockers and they wouldn’t stop, they just kept going,” Williamson said. “They just kept pushing through.”

Williamson wore number 32, a number that has...