Villa Theatre sets to reopen this week in Malta 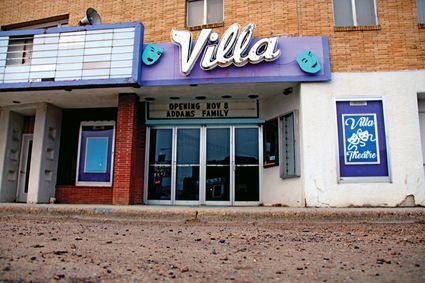 Some things have changed and some remain the same at Malta's Villa Theatre, but anyone who has spent time in the theatre will quickly notice way more changes than things that have stayed the same at the Villa when it reopens for business on November 8.

"We have kept a few things, but not many," said new Villa Manager Christine Riggs. "There is still the 'Have a Nice Day" small strip of carpet where some of the concessions are stored, the vintage "no smoking" signs, and the old fire hose is still in the wall, but other than that, a lot has changed around here in the last three months."