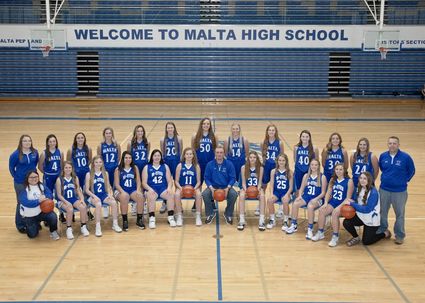 The Malta M-ettes will look to improve upon their 2018-19 outing in which the team went 11-11. Doing so may prove to be tough in a strong 2B district.

"Right now, we are focusing on our first week, but longer-term we are trying to be the best team in the district and then go from there," Coach Nate Hammond told the PCN. "I believe the 2B will have five super teams, all capable of being competitive at the state level."

The team will have to do so with a new look because the M-ettes graduated four seniors last season, which were Kyleigh Schipman, Raina Mortenson, Kloie Marks, and Wylee Young....