Slow start for Wrestlers after break 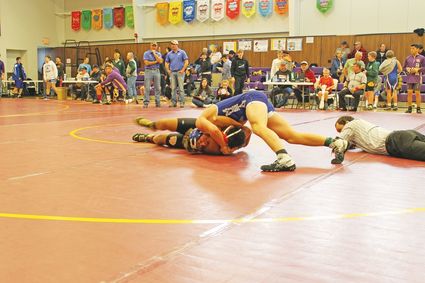 Zac Judd pins his opponent at the Cut Bank Invitational.

The Malta Mustangs Wrestling team saw their first action of 2020 and things started off rocky for the squad that went 2-14 at the Chester Mixer on Thursday, January 9.

"As a coach, I have never had a lot of great success with Thursday nights," Coach French said. "I don't know why. We could have won a lot more (that day), but we found a way to lose. It was a tough one to swallow."

Freshman Cameron Mikesell was off to a hot start as he led the team in Chester and at the Cut Bank Invitational going a combined 7-1 for the week. Mikes...