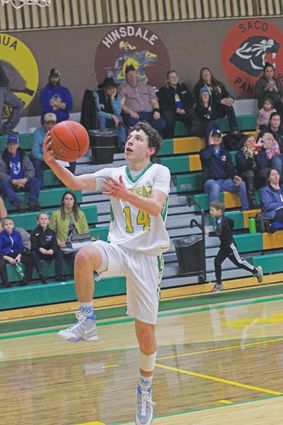 Jeramiah Benson scores on a fastbreak in Dodson's 45-43 loss to Melstone.

The Coyotes fell 45-43 to Melstone, thanks to a late two-point field goal from Shayden Cooke on Thursday, January 23. The Coyotes would go on to lose 49-48 to Scobey in Dodson on Saturday, January 25.

The Coyotes will then head to Nashua, to take on...