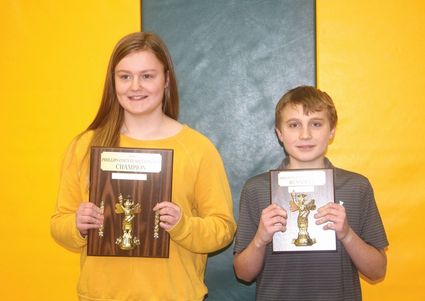 Though she hasn't lived in Montana for very long, Malta Middle School sixth grader Sadie Branham most likely knows how to spell it.

Branham was crowned Phillips County's 2020 Spelling Bee Champion at the County Bee at Dodson Schools last week as she outlasted all the other 30 contestants from Dodson, East Malta Colony, Malta Middle and Elementary, Saco, and Whitewater Schools (see all entrants names lower in this story.)