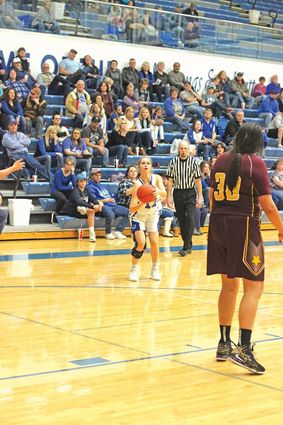 "We tried hustling for all of the loose balls," M-ette captain Erica Smith told the PCN. "We played good defense for the most part. The only problem was at the end, shots were not falling very well."

Though the game was only a ten point game, the M-ettes lead didn't seem in doubt as the team's defense was dominant out rebounding Rocky Boy 39 to 26, and turning Rocky Boy over 15 times, while only turning the ball over six times.