Men's league to began May 14 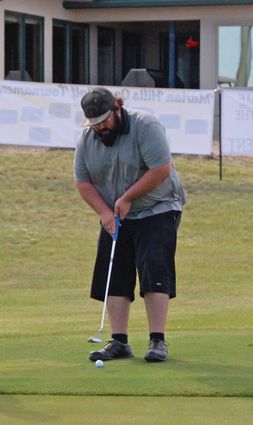 Even though many sporting events around the country are still shut down due to the COVID-19 virus, golf remains a sport that can be played with restrictions and rules that allow for safe social distancing.

"It feels good," Shelhamer said about being able to golf. "It's a great sport and it's really easy to get your steps in."

The Men's league is an event played on Thursday evenings at 6 p.m. and lasts for nine holes and roughly two hours. Though the rules of the game haven't been finalized by the league given the current restrictions, typically golfers in the league compete in a four-person scramble.

"We are going to find a way to do things so that we are compliant with all of the directives, so we are safe," Shelhamer said.

Sign-ups for the event ended on Thursday, April 30, and this year's league consists of 12 teams, a total of 50 golfers, with the possibility of having another team thanks to tentative golfers who will golf as needed. Social distancing is possible with the rules set in place by the club that were covered in last week's PCN and because of the size of the course, 93 acres.

The unique thing about Malta's league is that golfers will be drafted on to teams on Thursday, May 7, at 6 p.m. at the Tin Cup. In accordance with current restrictions, the only people present at the draft will be team captains.

"The draft gets things mixed up," Shelhamer said. "Teams are different each year. You get to golf with everybody and you get to meet new people. It's a good group of guys and it is a good time."