I went fishing, I mean working... 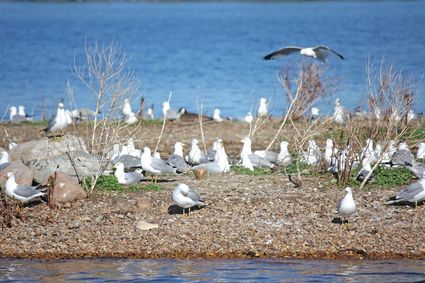 Fishers and campers, and tubers, oh my.

If you have been reading the Phillips County News Athlete of the Week segment, you may realize that a large percentage of our area's athletes choose Nelson Reservoir as their favorite place in Phillips. Last Thursday, May 28, PCN reporter Pierre Bibbs went with Malta's Jim Fauth to Nelson to find out what makes it such a beloved place.

Arriving at the State Park boat drop off at 12:13 p.m., one boat was leaving the water. There were also campers out, as well as a couple of other boats on the water. The water was pretty mild, with little to no white-ca...