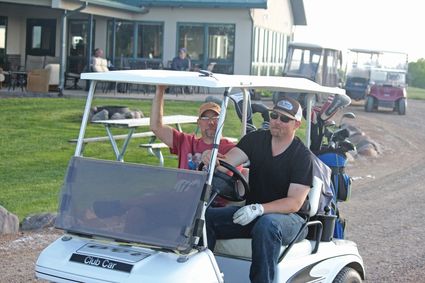 Things took a turn back into normalcy as Men's Golf League held its fourth match of the season last Thursday, June 4, at Marian Hills Golf Course.

In prior weeks golfers were only allowed to have one person to a cart at Marian Hills GC due to Stage 1 Social Distancing Guidelines, but in week four State 2 guidelines were followed and two golfers were allowed to ride in a golf cart, as it has been in past years.

"The County Health Department said that we could ride together which is cool because it's more fun," said Cory Shelhamer, manager of Marian Hills Golf Course.