Over 50 ride in Barrel Races 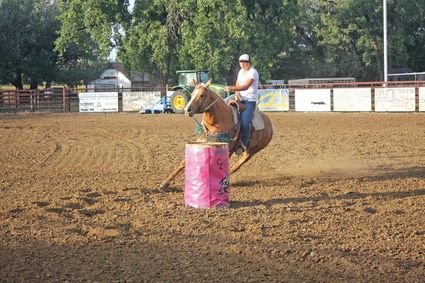 The Malta Barrel Series held their second event last weekend at the Trafton Rodeo Arena. The event featured over 50 racers from grade school to adult.

Though event one was held in the Milk River Pavilion, event two was moved outside to the Trafton Arena because it is summertime.

"Jerey McEwen has done all of the work of getting the arena ready so that we could use it and get some events going on down here so we don't see the arena go to waste," said Chrissy McEwen, coordinator of the event and wife of Jerey. "It is a very nice...