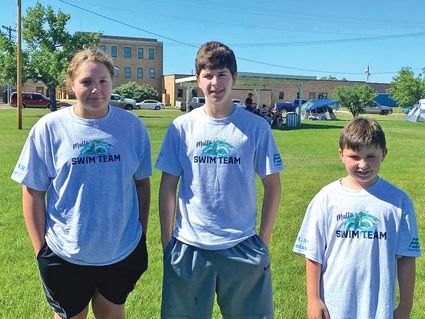 The Malta Swim team was welcomed back to the Malta City Municipal Pool last Wednesday, July 8, and have competed in two of their four swim meets this year.

"It's so nice," Malta Swim Team Head Coach Shay Garfield said. "We were a little bit worried that they were going to shut down our season with so many uncertainties but they found the best solution possible to keep swim team going."

The pool opened up last Tuesday, July 7, with construction still being done to the bath-house.

The team first competed in Glasgow on the weekend of June 13, with a total of six participants. The second meet...