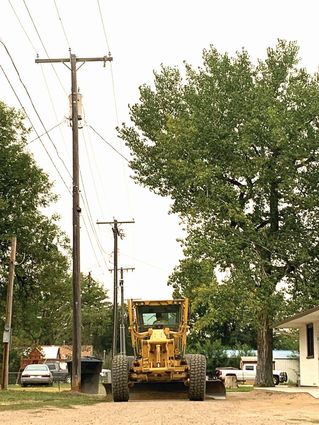 At the first Malta City Council meeting for September, Malta Public Works Director Jim Truelove reported that the City Crew had been working on a sewage issue that would require another dig on Malta streets.

The Municipal has been drained and winterization of the facility is underway. General clean-up and ongoing maintenance on the lagoon area, park bathrooms, and playground equipment were being done in preparation for winter. Streets and avenues will be swept in the coming week, and work on the 5th Street East Alley has begun. The purchase order on the new skid steer was completed and rea...