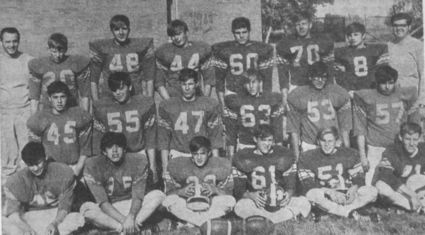 Loren Wood resigned as deputy clerk and recorder and his position was filled by Jack Roadhouse.

The new school building was to be ready for use by the middle of October.

Twenty-five cars of cattle were shipped from the Harle estate.

Miss Alma Zavell an Gilbert Alsaker were married at the home of the bride's parents near Freewater.

The oil well being drilled near Whitewater was abandoned and the rig moved to the Armstrong Ranch.