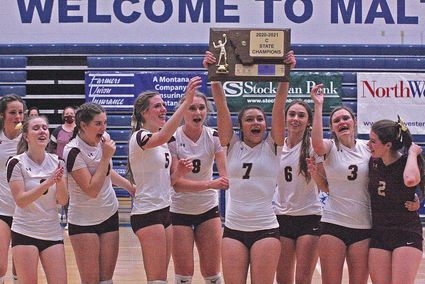 The Malta High School Gymnasium was the site of the 2020 State C Volleyball Tournament. MHS hosted a total of 15 games amongst eight Class C teams from Thursday, November 12 through Saturday, November 14.

Last weekend's tournament was the event volleyball state event ever held in Malta.

The Bridger Scouts were crowned after two championship games were played against Manhattan Christian in the double-elimination tournament. Bridger and Manhattan faced off a total of three times in the event.

In the championship match held on Saturday, November 14, Bridger won 3-1, led by Emily Adkins who had...