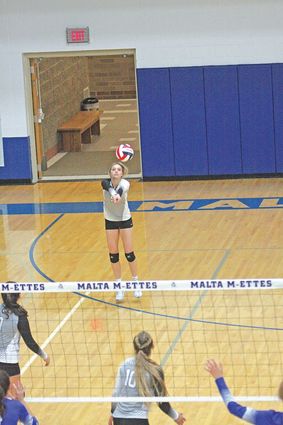 Seniors Kaitlyn McColly and Kia Wasson have been on the All-conference list in previous seasons, but this year, the hard-hitting duo landed on the list as All-State selections.

"Both of these athletes will be missed next season," Mavericks Coach Charlene Wasson said. "Kia made All-State because she was a consistent player. She could place the ball around the blocks and used her smarts to outwit the defense. She was also a player who made crazy saves."