M-ettes have first cancellation of year 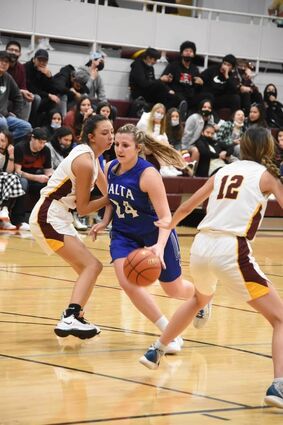 With their game against the Shelby Lady Coyotes being canceled, the Malta M-ettes Basketball team only had one opponent; the Poplar Lady Indians, who they defeated 61-15 in Poplar.

"The key to our win was to put pressure on the ball and play good defense, especially against their post player," M-ette Allison Kunze told the PCN.

The M-ettes are scheduled to play Harlem, in Harlem, on Friday, January 22, at 8 p.m. Malta is then slated to travel to Wolf Point on Saturday, January 23, to take on the Lady Wolves at noon.

In Malta's win over Poplar, the M-ettes were led by Allison Kunze and Madd...