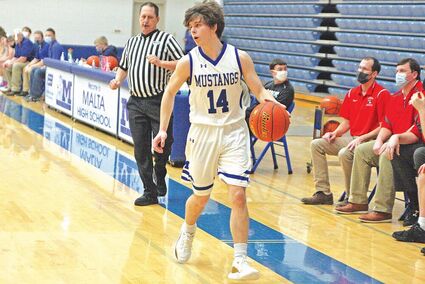 The Mustangs fell to a pair of Northern B opponents last week, losing to Glasgow last Thursday night and to Rocky Boy last Saturday. The team will look to bounce back this week as they take on the Roundup Panthers and the Froid-Lake Redhawks.

The team also had their second game against Rocky Boy last Tuesday, which will be covered in next week's PCN.

In Malta's loss to Glasgow, Malta was led by Rex Williamson who had 17 points. Connor Tuss had 15 points, Kooper Oxarart had 11 points, and Parker Mortenson had seven points.