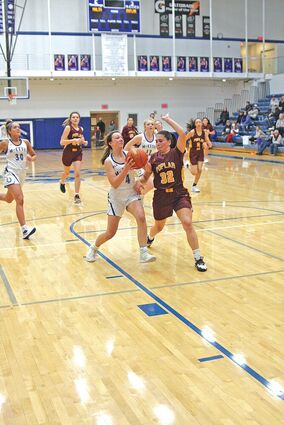 Malta's Kylee Nelson drives down the lane for a layup in Malta's win over Poplar last Friday night.

The M-ettes celebrated their senior night with a 72-30 win over Poplar on Friday, February 12. The team was led by senior Erica Smith who had 16 points, four rebounds, three steals, and three assists.

"We really worked as a team and we all played confident, hustled for every play, and it was just a good feeling," Smith told the PCN after the win. "Everything was just there; our passes and everything. It was just good."

Smith said that her time o...