M-ettes win 2B title, to go for Northern B Repeat 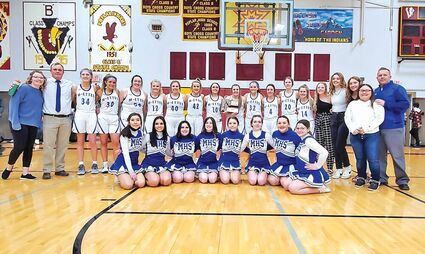 The Malta M-ettes basketball team earned a 2021 District 2B trophy to match their 2021 2B Conference trophy by defeating the Glasgow Lady Scotties last Saturday, February 27, in Poplar.

Malta won the District 2B title for the first time since 2017. In doing so, the M-ettes earned a chance to retain their Northern B crown, having won the 2020 divisional title in Shelby last season.

As District 2B's first seed, the M-ettes will take on the Cut Bank Lady Wolves in the opening round of the Northern B Divisional set to start on Thursday, March 4, in Wolf Point.