Mustangs win 2B Crown; to face Conrad at Northern B in Cut Bank 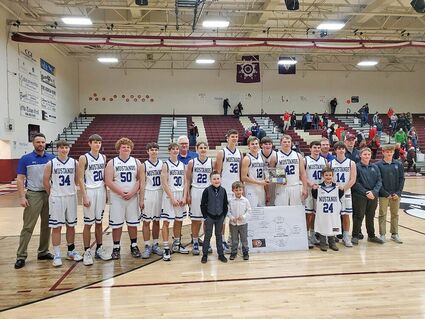 Last weekend, the Malta Mustangs basketball team won the District 2B Title, to go with their regular season Conference Title.

The Mustangs outlasted the Wolf Point Wolves last Friday in Wolf Point 61-54 in the 2B semifinals, and then defeated Glasgow 48-38 in the championship game.

The Mustangs will face the Conrad Cowboys in the opening round of the Northern B Divisional scheduled to begin in Cut Bank on Thursday, March 5. The Cowboys were the fourth seed in the 1B District after losing their consolation finals game against Rocky Boy 58-52

Malta was led in the 2B championship game by senio...