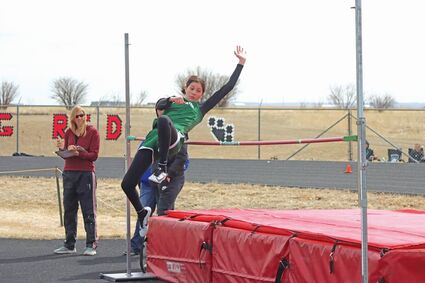 The Whitewater Penguins and Saco Panthers track teams competed at the Glasgow Invitational on Thursday, April 1, and fared well against over 20 others teams ranging from Class A to Class C.

The Hinsdale Raiders won the event with a total of 52 points. Class A's Havre Blue Ponies were second with 51 points. The Plentywood LadyCats were third with 50 points. The Savage Warriors were fourth with 40 points. The Wolf Point Lady Wolves were fifth with 37 points, and Scobey was sixth with 35.5 points.