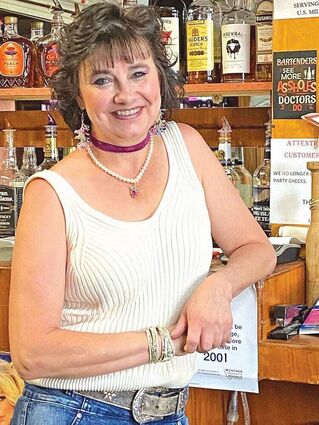 The VFW Club welcomes a new manager, though not a new face in the community. Mellissa Sandvick most recently greeted customers at Albertsons and now she manages the Club, being recently hired when Carolyn Schmoeckel resigned her duties in April.

Born in Phillips County, she is a 1994 graduate of Dodson; she has lived in various towns around Montana. Locally, at one time or another, she has worked at the Long X, Hitching Post and the GN. Her previous employment around the state includes managing the Sr. Citizen kitchen in Chinook, a paint store and restaurant. She was night shift manager at the local grocery store.

Mellissa said the Club staff consists of herself and four bartenders. The current focus is on cleaning; goals include bringing in fun stuff and bands. The long term goal is to keep the Club open for Veterans. "It needs to be here for Veterans, for many, many years," she stated.