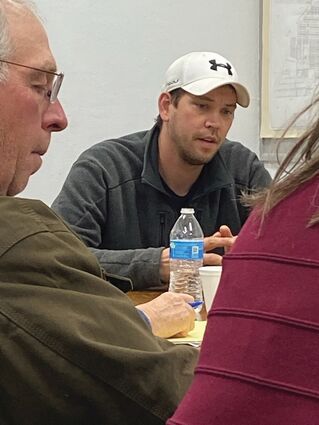 Tuesday, November 8th, the council board (who had exercised their right to vote) forgathered in the City Chambers and began the meeting with the pledge to the Flag. The public in attendance were Josh Newman, Doug and Bonny Ost.

PWD Jim Truelove informed the council of a completed dig that would be an insurance matter. The Trafton Park restroom had been closed; now the Rest Stop restrooms are closed. He had hoped to leave them open for hunters, however, the pending freezing weather altered that plan. Also, he provided a statement on the velocity of the recent winds that relocated large garb...