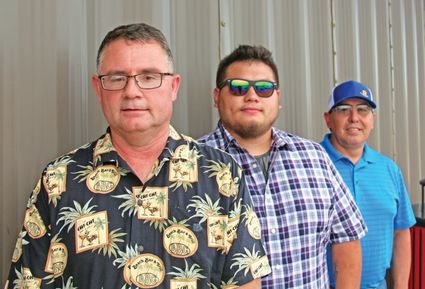 If you have heard live music on the Hi-Line in the past few years, especially in Malta over the last several weeks, chances are you have heard Band Flansburg blaze through the huge library of songs they play.

If you haven't heard the boys yet, you get another chance to hear the foursome at the Phillips County Fair as Band Flansburg will be playing the Street Dance on Friday, August 2 following this year's co-headlining acts of the Casey Donahew and Randy Roger's Bands on the mainstage.

Band Flansburg is comprised of Arden "Auddo" Flansburg, Carl Doney, Zach Flansburg, and Shawn Mount and were in Malta last Friday and Saturday night as a part of the Malta Chamber of Commerce's Summer Festival and the Kid Curry Parking Lot Party, but between gigs, they sat with the PCN for some questions and answers. Band Flansburg hales from Hays, Mont. and was formed by Auddo two years ago after he played with such acts as the Renegades and Bad Habit (and he still plays with the Milk River Band.)

"I got these younger guys together to form this band so we could get the younger generation playing music," Auddo said. "Since we formed, we have played at least three shows a month, mostly along the Hi-Line, but we have been as far as Seattle and Williston."

Band Flansburg does mostly cover tunes at this point, both country and classic rock, though Doney has penned many original songs the band hopes to perform soon, perhaps at the fair, and they also cover many of Montana Country Music legend Ronald Doney Jr.'s songs. Auddo said his musical influences are mostly 70's and 80's rock and country musicians, but Zach and Mount had a different answer.

"I've been drumming for 27 years, but I first really got started when (Auddo) asked me to fill in for him for a substitute drummer", Mount said. "He was working in the mine in Zortman and needed me to fill in and I have been playing ever since."

"Of course, from watching him," he said as he pointed to his father. "I was always watching him set up as a kid and I eventually got a little drum set and played drums for a while before I started playing bass, but I started music because of him." 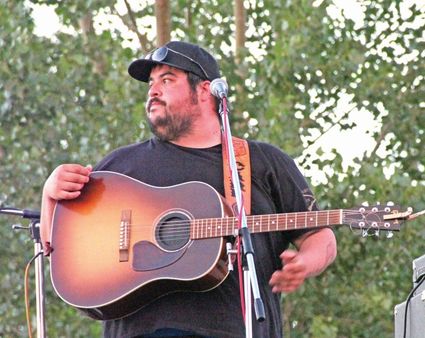 The Casey Donahew and Randy Rogers Bands are set to take the stage at this year's Phillips County Fair at 7 p.m. on the Fair's Friday and Band Flansburg will start the Street Dance shortly thereafter. Band Flansburg has played in Phillips County a lot lately and the band members say they look forward to the night.

"Phillips County has great, high-energy audiences," Auddo said. "We have started to get a great comradery here with people and we will be even more high-energy when we play the Phillips County Fair. It's one of the best fairs on the Hi-Line."

Grand Passes and concert tickets for the 104th Phillips County Fair can be purchased at The First State Bank of Malta, First Security Bank, Independence Bank, and online at phillipscountyfair.com.