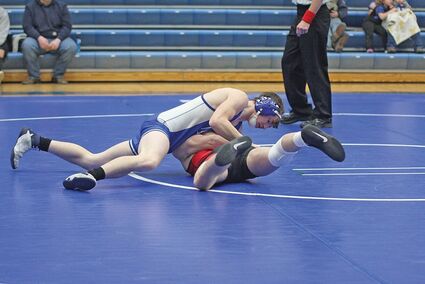 The Malta Mustangs Wrestling team saw plenty of action last week, as the team hosted their first home meet of the season in the Malta High School Gymnasium on Friday, January 15.

The team also competed in Cut Bank on Saturday, January 16.

"They are tough and have a full roster," Malta Coach Jake French said. "It's good going against tough teams because it shows...