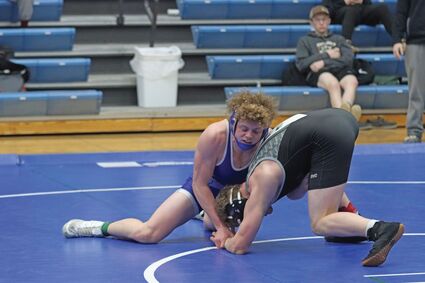 In their last meet prior to the upcoming Eastern B-C Divisional in Colstrip, this weekend, the Malta /Whitewater Wrestling Team hosted nine other teams at the Malta Invitational Wrestling Tournament last Saturday, January 29.

Malta's Head Coach Jake French had his hands tied monitoring and learning Track Wrestling, so his father and Assistant Coach Steve French subbed in to say how the event went for Malta.

"Not too bad," Coach French said. "We have seven wrestlers and we placed five, so we felt pretty good about it."

Amongst the nine teams, Malta placed fifth with a total of 124 points. Ha...