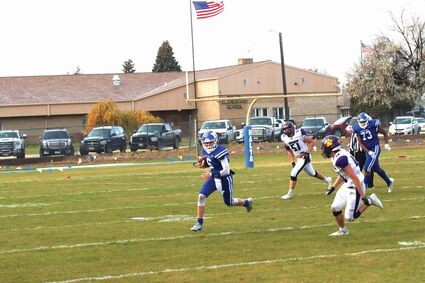 The season came to a cold and windy end for the Malta Mustangs football team as they lost 48-14 to the Jefferson County Panthers at Mustang Field last Saturday, November 5.

The wind was in the low 50s with gusts of over 70 mph in Malta, and though Malta's offense struggled to score, Malta Head Coach Nick Oxarart didn't use it as an excuse.

"Besides the 50 mph winds that limited a large part of our offense, Jefferson's size, strength and speed were ultimately what became too much to overcome on Saturday," Coach Oxarart said. "They have a great football team and my hat goes off to them."